Making a link between a complex traditional knitting technique and the route of the Viking explorations was one of the fascinating ideas presented yesterday at the Knitting History Forum Conference, held at the London College of Fashion.
Lise Warburg, an independent scholar from Denmark, presented a paper entitled 'Knitting With Both Ends of the Ball - the Geography of Twined Knitting'. Using specific examples of garments and knitted fragments from her detailed research, Lise established geographic locations of the twined knitting technique and plotted this on a map of the Viking Journeys (800-1200AD).


Edwina Ehrman, Lead Curator of the Clothworker's Centre at the V&A, Blythe House, showed us the new storage, research and conservation facilities that have been built during the £3.5million redevelopment of Blythe House, Olympia. Around 47,000 textile and fashion objects are in the process of being moved from the old storage rooms at South Kensington to this new, purpose-built facility which will be available for booked visits from October 2013.
Jane Malcolm-Davies, from the Tudor Tailor, discussed the advantages of research through a multi path, multi contributor working group. She used this approach to develop and create knitting instructions for 16th Century Children's clothes for her new book, the Tudor Child (to be published in early 2013). 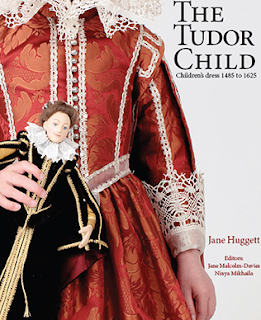 Mary Hawkins told us about her search for Eric Passold's recreation of William Lee's knitting frame. She had tracked down his actual recreated frame to the Science Museum in London and after much correspondence, received photographs of the frame. These photographs raised a number of issues: what was the scale, which way was up and where was the actual frame itself? Although notes have been left on the file at the Science Museum, the search continues.....
Barbara Smith's research on 'The Invisible Knitting Pattern Designer', Elizabeth Forster illustrated that knitting patterns during this time period (1940s to 1980s) were rarely attributed to designers. Her recent discovery of a huge archive of Elizabeth Forster's work, including 200 sample garments, may mean that some of her designs can be matched to these unnamed and undated patterns.
The conference concluded with Professor Sandy Black's presentation on 'Couture Handknitting in the Postwar Period - Szanto Models'. At one point, Maria Luck Szanto had between 500 and 600 knitters all over the UK producing detailed and complex garments. Using images from her new book, Knitting and from the V&A archives, Sandy talked us through some of Szanto's amazing designs involving lace, beading, brocade, pleating and incredible attention to detail. 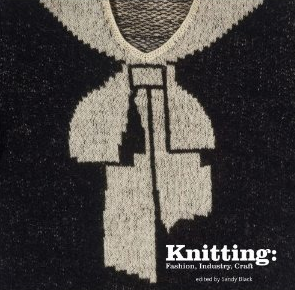