Angela Missoni in Conversation at the V&A Museum

Angela Missoni was in conversation with Gianluca Longo at the V&A on Friday 28th March. This was the first event of a series linked to the new exhibition, The Glamour of Italian Fashion, which opens at the V&A on Saturday 5th April. The curator of the exhibition assured the audience that Missoni designs feature prominently!

Angela Missoni is such a creative, warm and generous person and this showed throughout her conversation with Gianluca Longo. A series of wonderful images projected onto the screen behind them illustrated how the company has developed and grown over time.

To the delight of the audience, the conversation became three way, as Angela's mother, Rosita joined in too! Between them, we heard about key moments in the history of Missoni. Beginning with Rosita and Ottavio meeting in Picadilly under the statue of Eros, the story is very much one of the family. Ottavio saw the potential for colour in the multi-yarn knitting machines that had previously only made back shawls for widows in the south of Italy. From this innovation, the distinctive Missoni stripes were born. Rosita's talent for fashion and her idea to cut the knitted cloth as fabric was the next step.


Illustration of designs has always been key in projecting the Missoni image. These slides show a few of the different styles by some of the Missoni family's favourite illustrators. 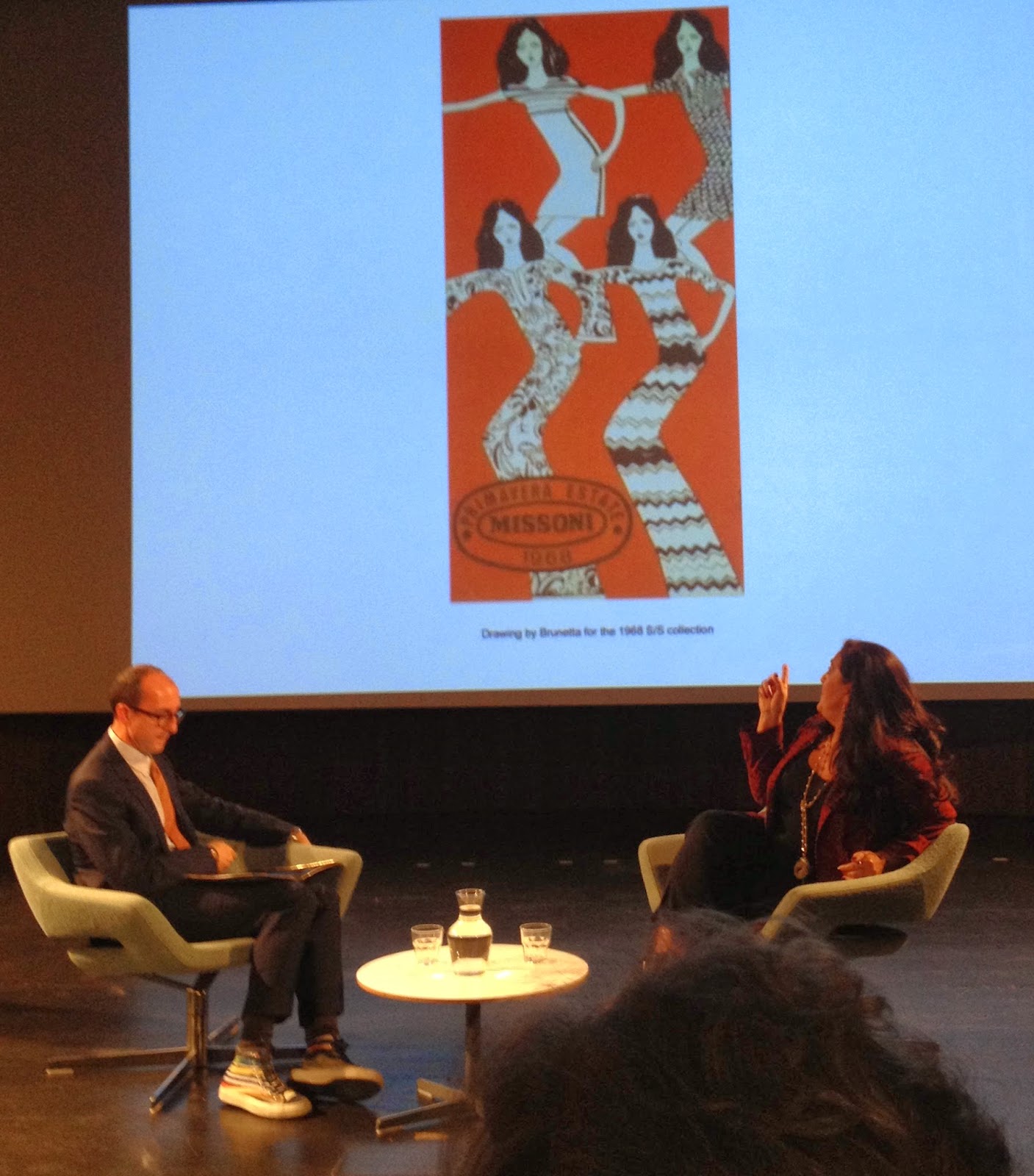 Discussion of the long association of Missoni with Joan Burstein, founder of Browns, brought a fourth person into the conversation, Mrs B herself. Mrs Burstein eloquently closed the evening with a plea for creators of beautiful garments to be cherished and for their designs and garments to be looked after and held onto in these times of fast fashion.

Garments from the Missoni collections were on display in the lecture theatre and it was a delight to get up close and look at the detail.